As a port city, Traders’ Peace is home to a diverse collection of races. While each race is entitled to equal protection under the law, there is a wide chasm between those who make up the political and economic mainstream and those
smaller communities occupying the fringes of the city’s social order.
Humans and half-elves (the offspring of humans and elves) make up about half of the city’s population, and are
the most influential of all the residents of Traders’ Peace. They are involved in all trades practiced throughout the city, and hold most of the positions of power in the City Council and the City Guard. They also operate most of the city’s most profitable businesses.
Many full-blood elves also call Traders’ Peace home. Elves are a particularly proud race, and as such, they appear rather snooty or stuck-up in the eyes of the city’s other inhabitants. They are a regal and rather private lot, and though they make up no more than a tenth of the city’s population, they generally command a level of respect among the ordinary residents of Traders’ Peace that
not even humans enjoy.
Halflings, who resemble humans but are much smaller in stature, tend to the farmlands surrounding Traders’ Peace
and dominate the grain trade. They are an honest, peaceful and hardworking bunch and are generally well-liked by the other races. Some Halfling families also are involved in artifact trading.
A small community of half-orcs, demi-humans and Dragonborn run the local black markets. Everyone in Traders’ Peace is aware of these illegal trades, but they are largely condoned by the authorities, who are paid off by the
operators of these businesses (many of whom are humans and half-elves from the richer districts of Traders’ Peace). Half-orcs, demi-humans and Dragonborn are considered by many to be aberrations from the natural order of things, and thus occupy the lower tiers of the city’s social hierarchy. This marginalization has led to ill feelings amongst this caste, and there are whispers of an underground movement of malcontents called “The Reckoning.” However, the local guard have been unable to obtain any firm evidence or leads to support these rumors.
Dwarves have a minimal presence in the city, and mainly inhabit the poorer residences in the Down-and-Outs near
the Gateway Port at the northeast end of the Traders’ Peace. Many of them are work the dirtier, more menial jobs in the city, such as sullage removal, ship bilge pumping, hull scrubbing, and cargo hauling.

Various other species and races also transact business in Traders’ Peace, such as Lizardmen and the blue-skinned Kobori of the Great Desert. 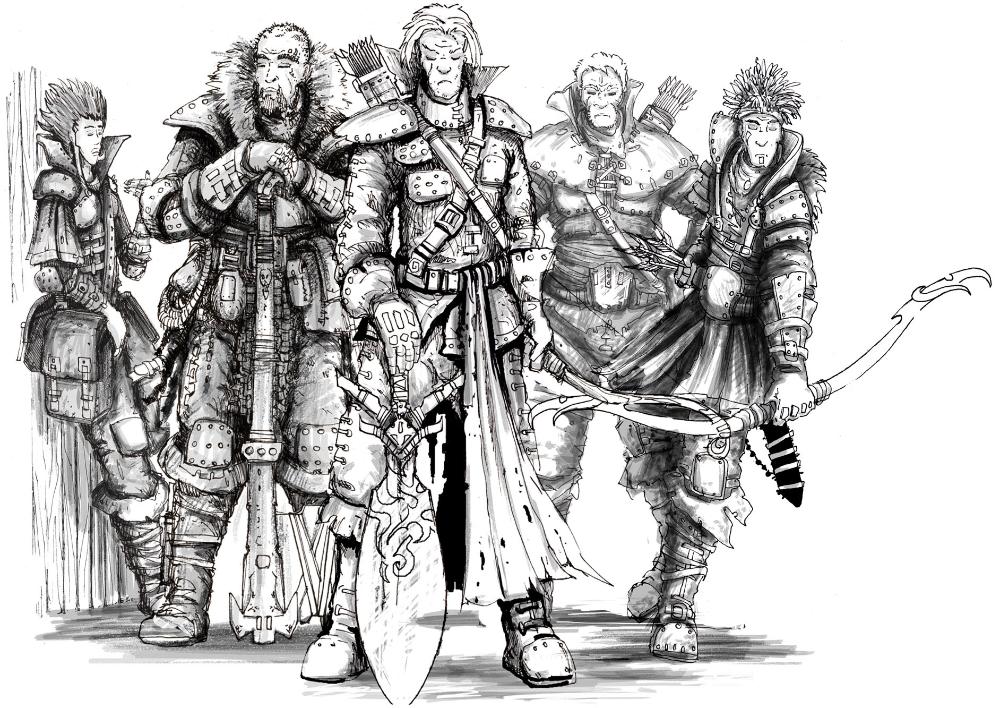